We Arrived at Yorktown

We arrived at Yorktown at 6:00 pm today, after 124 miles of cycling. It was great to be done. Our family met us at the Yorktown Victory Momument, which was built as a momument to the American Revolutionary War, when the American and French forces fought off the British. What a great place to end. Susan made a banned for us to cycle through to end the journey. We had champagne and dinner to celebrate.

Connor are I were completely covered in sweat head to toe, as it hit 100 degrees that day. Still fortunately not as bad as the day before when it was over 105 degrees.

Some sumary stats:  The trip overall was 3,563 miles, we followed Adventure Cycling for all but the last few hundred miles, charting a little more direct course.  We averaged 79 miles a day over 45 days, including rest days.  We raised a little under $7000 for WaterAid.


We are so happy to see our family again and be done! Thanks to everyone for their support. We raised almost $7000 for WaterAid, which we can all be very proud of. 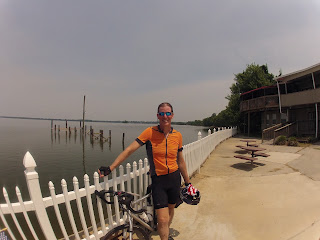 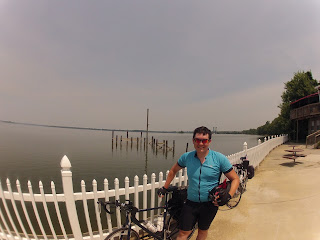 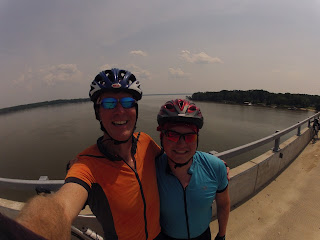 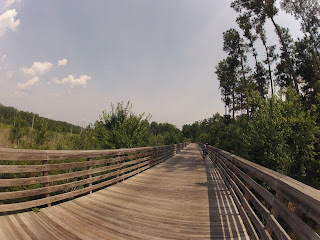 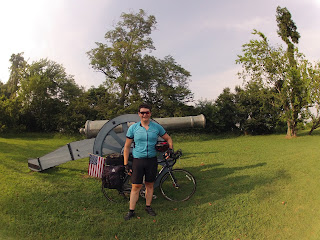 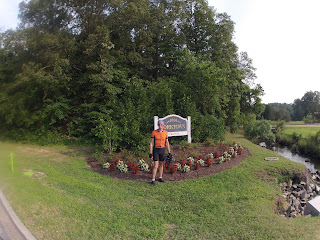 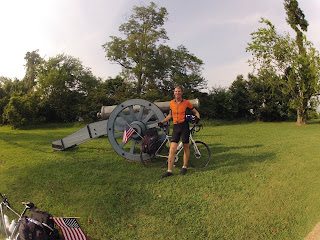 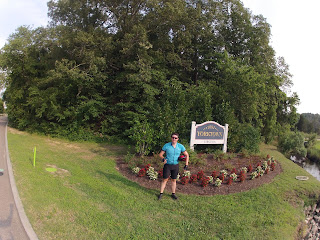 So as we currently sit in a Starbucks in Hopewell, VA, we have 57 miles left. We're going to finish today, sometime around 5 or 6. Thank you for all of your support and donations over the past month and a half. GET PUMPED.
Posted by Ray Hill at 8:12 AM No comments:

Today we reached Burkeville, VA, a rather small town that is about 100 miles from the Atlantic. Our ride to Burkeville however was somewhat enjoyable, where during the first hour we were able to average around 18.9 mph! But as the hills began and the heat set in, the ride slowly dragged on. The heat however was something that we were both happy to see as cooler than the two days before. Although the heat was still a sweltering 97 degrees, it was much better than the constant 100.

We are two days from the coast. Although we've both had much fun on this trip, we are both happy to see it come to an end. 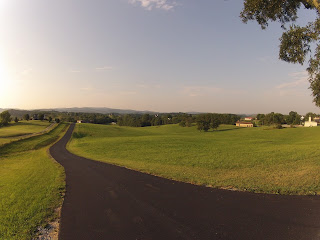 A view of scenic Virginia from Route 11. In the distance are the Appalachians 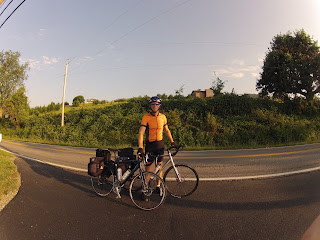 Me in front of the other side of Route 11. It's one of the more scenic routes in the state 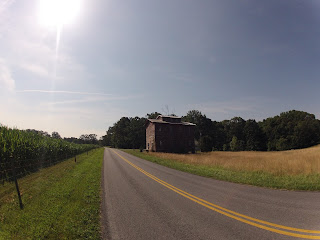 A picture of some tobacco (left) and grain (right), two crops that we have seen much of on our trip!
Posted by Ray Hill at 1:33 PM No comments:

Today we reached Lynchburg, VA, doing a seemingly short 62 miles. The ride however turned into something much harder than either of us imagined. Although the route was filled with several hills, it was both the heat and the humidity that took the largest toll. There was a nice reprieve upon reaching Lynchburg however, and we are both happy to now be sitting in a hotel with cold AC.

But aside from the AC, we are both happy that Susan and Caroline will be joining us today! Not only does this give us some company, but it also gives us a so-called "fan bus" that will carry our bags!

Due to the expected drop in temperature of tomorrow and our newly light bikes, we are both excited for tomorrow's ride to start.
Posted by Ray Hill at 10:19 AM No comments:

Today we reached Roanoke, VA, a rather large town in western Virginia. Although it was 80 miles from where we started, we were luckily able to reach Roanoke before noon, allowing us to beat the forecasted 100 degree heat. We were surprised however to find that almost every hotel in Virginia was booked! Apparently a rather large quasi-hurricane hit yesterday leaving many without power in this heat. We were however able to find a room at a quaint bed and breakfast which is a converted mansion run by two lovely innkeepers. The building dates from the 1800s, and was built by a former mayor of Roanoke/state senator. It is a pretty scenic and conveinient place to stay for a night. Another important moment occurred today, which was us biking down Christiansburg Mountain, or as I like to say, the final hill. After reaching our final summit of 2316 feet, we were able to easily coast the 35 miles to Roanoke. Perhaps the greatest part of this summit however was that we did not have to climb anything but a few hills to reach the top! This is especially satisfying because we were told by a shopkeeper in the town of Christiansburg that some called the climb "worse than the Rockies!"
Posted by Ray Hill at 2:00 PM No comments:

Today we reached Wytheville, having a pleasant ride of 56 miles. Not only were there very few hills, but for the latter part of the trip we had a nice tailwind! We've also finished before noon, allowing us to beat the forecasted 100-degree heat. Meanwhile, the landscape is becoming similar to that of the east coast. Hills are becoming both smaller and shorter, reflecting the hills we are known to. Yet although the main reason of this trip was to travel and change our scenery, we are both very happy to finally return to the views we know so well. We were also excited to see a car with. PA license plate and one with a MA plate, meaning we are closer to home!
Posted by Ray Hill at 9:33 AM No comments:

We covered a little under 80 miles today. It was a hot day and we were pretty glad to call it quits at Abingdon. We now have 363 miles remaining. Abingdon has a revolutionary war feeling to it, and lots of interesting hotels and resturants. Given that we made it into the final state, VA, today, we decided to celebrate by staying at a nice boutique hotel, The Martha. After rural Kentucky, it is really nice to be back in civilization again! The next three days ae forecast to be 100 degrees plus, so we will be leaving before dawn each day to try and beat the heat.

The pictures below are of Connor and I outside of Abingdon with the Appalacians in the background. 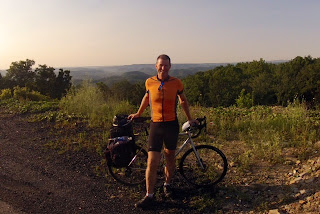 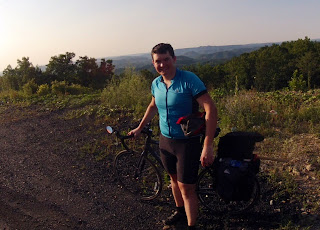 Our ride is to raise money for WaterAid, which helps poor communities get acctess to clean water, please donate: http://www.firstgiving.com/fundraiser/bike/Ray


Number of turtles saved while crossing the road

Interesting Things We Saw or Heard on the Trip

Marion IL, whose slogan is 'Hub of the Universe,' despite it being a relatively small and modest town
World's tallest sand dune, outside Fallon NV, 5,340 feet
Someone pulling a full sized cross on wheels (complete with solar power), outside Kirkwood, CA
Someone riding the bicycle while playing the accordion,
outside of Davis CA
Hundreds of messages made of dark stones, in the middle of a salt desert between Fallon and Middlegate NV (someone has too much time on their hands)
A sign that read "Report Shooting From Highway" and then list an 800 number, outside of Baker, NV
A warning sign that showed nothing but a skateboarding cow, while heading towards Milford, UT

Cameron and Ray in Biking Gear 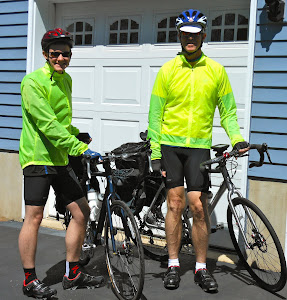